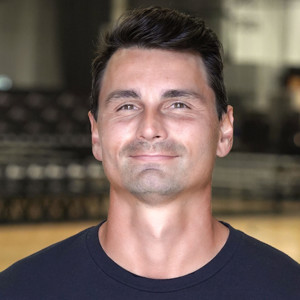 Aaron Hedland is a coach for Sports Academy Volleyball Club. Aaron will be the head coach Sports Academy’s Boys U18s. Aaron enjoys helping players reach individual milestones and get the same sense of achievement, growth, and happiness that he himself receives from and through volleyball.

Aaron has a Master of Arts in Coaching & Athletic Administration and a Master of Science in Coaching & Exercise Sciences from Concordia University, Irvine. Aaron specializes in the development of athletes and the implementation of athletic programs through creating a healthy, positive training culture that emphasizes maximizing personal growth. Aaron has been coaching club volleyball for 14 years (Boys for 14, Girls for 7) & coaching college volleyball for 9 years (Men’s for 6, Women’s for 8) at Moorpark College and SDSU. Professionally, Aaron has a long history of developing collegiate athletes with a decade’s worth of experience with Moorpark College Volleyball and Athletic Department programs, Sports Training Facilities, personal training, and Directing and Recruiting programs at various clubs. Additionally, Aaron has certifications in CPR, first-aid, sudden cardiac arrest response, IMPACT, and Title IX & Clery Act training.