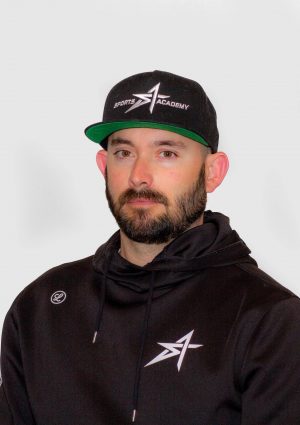 Danny Rodrick from Wailua, Kauai joined the Sports Academy team to help coach and develop the Volleyball program in 2016. He has helped build our youth sports programs through after school enrichment programs at local elementary schools. Also, he has coached our beach club, girls and boys club teams, oversaw private training and lessons.

This year he is coaching our girls 15’s team, boys 14’s and 16’s team. He has 10 years of coaching experience in club and high school. Danny also has been a Gold Medal Squared Camp travel coach for 6 years.

He graduated from Kapa’a High School in 2007 where he was a four sport varsity athlete – setter for three years in volleyball, midfield for two years in soccer, singles and doubles for three years in tennis, and three years in track and field. During this time, he was a two-time MVP, and KIF player of the year and a Hawaii State champion in 2005. He then took his talents to El Comino College and played under Richard Blount. There he was 2nd team All-Western State Conference in 2008 and 1st team in 2009. Danny finished his career out at Cal State Northridge under Jeff Campbell.