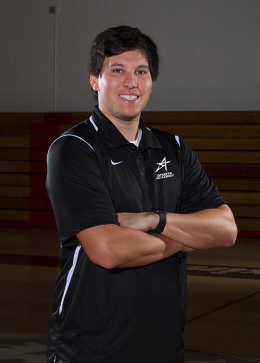 Jon Souisa joins the Sports Academy team this year as a boys and girls indoor volleyball coach. Jon comes with over a decades worth of experience coaching teams from the youth to collegiate level and leading those teams to National and State titles.

Prior to Sports Academy, Jon has been the Head Coach of the Boys Program at Harvard-Westlake School, and Head Coach for various age group teams at Surfside Volleyball Club. His ability to charismatically and effectively lead successful teams comes from his experience on the court. Jon’s playing career started at Valencia High School, where he led his team to four straight league titles, deep CIF playoff runs, and a National Championship. He went on to play at Pierce College and Hope International University.

Jon resides in Woodland Hills with his wife, Julianna, and two dogs. When Jon isn’t in the gym, he enjoys spending time outdoors hiking or mountain biking.