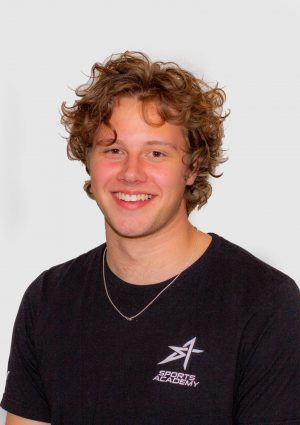 Miles coaches youth volleyball here at the academy as well as private training sessions. He implements a strong mental approach to the game, focusing on teaching the right mindset as an individual player as well as a teammate, while putting emphasis on the mechanical aspects of the game.

Miles played volleyball throughout his 4 years at Roseville high school where he played on the varsity team for 3 years, and helped his team win a Northern California CIF championship his sophomore year. In his senior year, Miles served as a captain, leading his team to another league championship, a league MVP, and the NorCal Optimist All-Star MVP award. He has recently transferred to Moorpark College, where he will continue to play volleyball at the college level.

While originally from Sacramento, California, Miles moved to the Thousand Oaks area to transfer to Moorpark College and pursue volleyball. He is currently a Kinesiology major in hopes to expand his knowledge on the human body with a sports perspective and eventually pursue a career in the athletics industry. In his free time, Miles follows the NBA religiously, spends time with his teammates, friends, and family, and enjoys a cup of coffee on a daily basis.