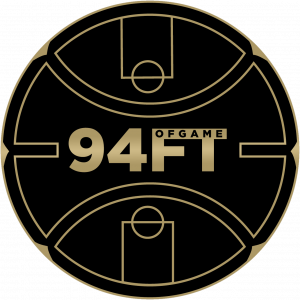 Beginner, intermediate and advanced.
Players will be grouped by skill level

Over the course of the program, campers will make substantial progress towards becoming a more complete player. If your schedule does not allow you to participate in all seven camps, you will still benefit greatly from taking as few as one camp. However, the more you work, the faster you will improve. And, we offer a 20% off multi-camp discount to reward those dedicated to improving their craft!

The fundamental basis for all offensive plays comes from effective use of the Triple Threat Mentality – shoot, dribble, pass. Receive extensive reps on the fundamentals of Triple Threat combined with new wrinkles from the pro game to elevate your performance!

Building upon strong ball handling fundamentals, you’ll learn how to get defenders off balance and create space. Once accomplished, an array of finishing moves gives you the edge you’ve been looking for!

We build shooters from the ground up! Learn how to set yourself up with off the ball movement and team it with drills to improve your balance and form to improve your shooting percentage next season.

Shoot! Shoot again! Shoot some more! A great shooting percentage is earned, not given. Whether just starting out or tuning up for your late July tournaments, our in-house shooting experts will lead these short duration camps where you’ll get your reps across a variety of shooting options.

The gold standard in modern day basketball is the ability to put up double-digit figures in the triumvirate of points, rebounds and assists. Learn the skills and tactics to help you move towards achieving this level of excellence!

Improve your game when you step inside the three point line by mastering your shot off the of the dribble, fade-aways and catch-and-shoot. Great footwork is the key to mastering the mid-range!

Players who are a threat with their outside game open up a variety of options on the inside with a variety of fakes, footwork and finishing moves. Drills, tactics and tips will improve your game at all three levels!