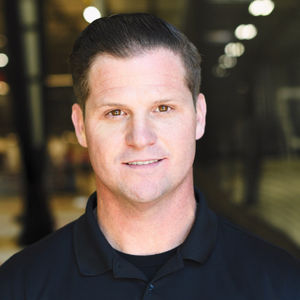 Born and raised here in Southern California. Dr. Eddie Stanislawski, DC, CSCS, DACBSP experienced a wide variety of activities during his youth. From an early age sports have played a huge role throughout his life and continue to influence his career and social life today.

Dr. Eddie attended St. Francis High School in La Canada where he was a multiple sport athlete. After his graduation, he continued his athletic career and attended Pierce College where he played collegiate Volleyball. In 2000, Dr. Eddie helped his team win the State Championship. After Pierce, Dr. Eddie continued his education at Cal State Northridge graduating with a Bachelor of Science degree in Kinesiology, emphasizing in Exercise Science. He then went on and earned his Doctorate in Chiropractic from the Southern California University of Health Science where he graduated Cum Laude. Since his graduation he has continued his education receiving certifications as a CSCS (Certified Strength and Conditioning Specialist), ART (Active Release Technique) in Spine and Upper Extremity, FMS (Functional Movement Screen), and completed an additional year of training in Sports Medicine earning Dr. Eddie his CCSP (Certified Chiropractic Sports Physician). Dr. Eddie’s endless quest for knowledge has resulted in an additional two years of Sports Medicine training and now is a Board-Certified Sports Practitioner through the ACBSP (American Chiropractic Board of Sports Practitioners).

Dr. Eddie also takes an active role in his community. Volunteering for the medical staff for multiple charity sporting events, FIVB and AVP volleyball event, and for a number of youth sporting events. He coached volleyball for the Santa Monica Beach Club for both the girls and boy’s teams, and was the head coach for the Pierce College men’s volleyball program, where in 2007 he coached his team to a co-conference championship and a third place in state. For his efforts he was awarded California Junior College Coach of the Year for 2007.

Through Dr. Eddie’s advanced Sports Medicine training, he has been named as an official medical provider for the US National Field Hockey Team, the US National Archery Team, and the US National Beach Volleyball Teams. Dr. Eddie travels internationally to tournaments all over the world to provide medical support for our nation’s most elite athletes.

In addition to volleyball, Dr. Eddie is an avid backpacker and surfer. His fierce competitive spirit and passion for sports is matched only by his enthusiasm for the outdoors, which was sparked at a young age as a Boy Scout. Dr. Eddie has been married to his wife Angela for 15 years, and they live here locally in Thousand Oaks. Dr. Eddie and Angela have been blessed with two children, Olivia (8 years old) and Jaxon (6 years old).